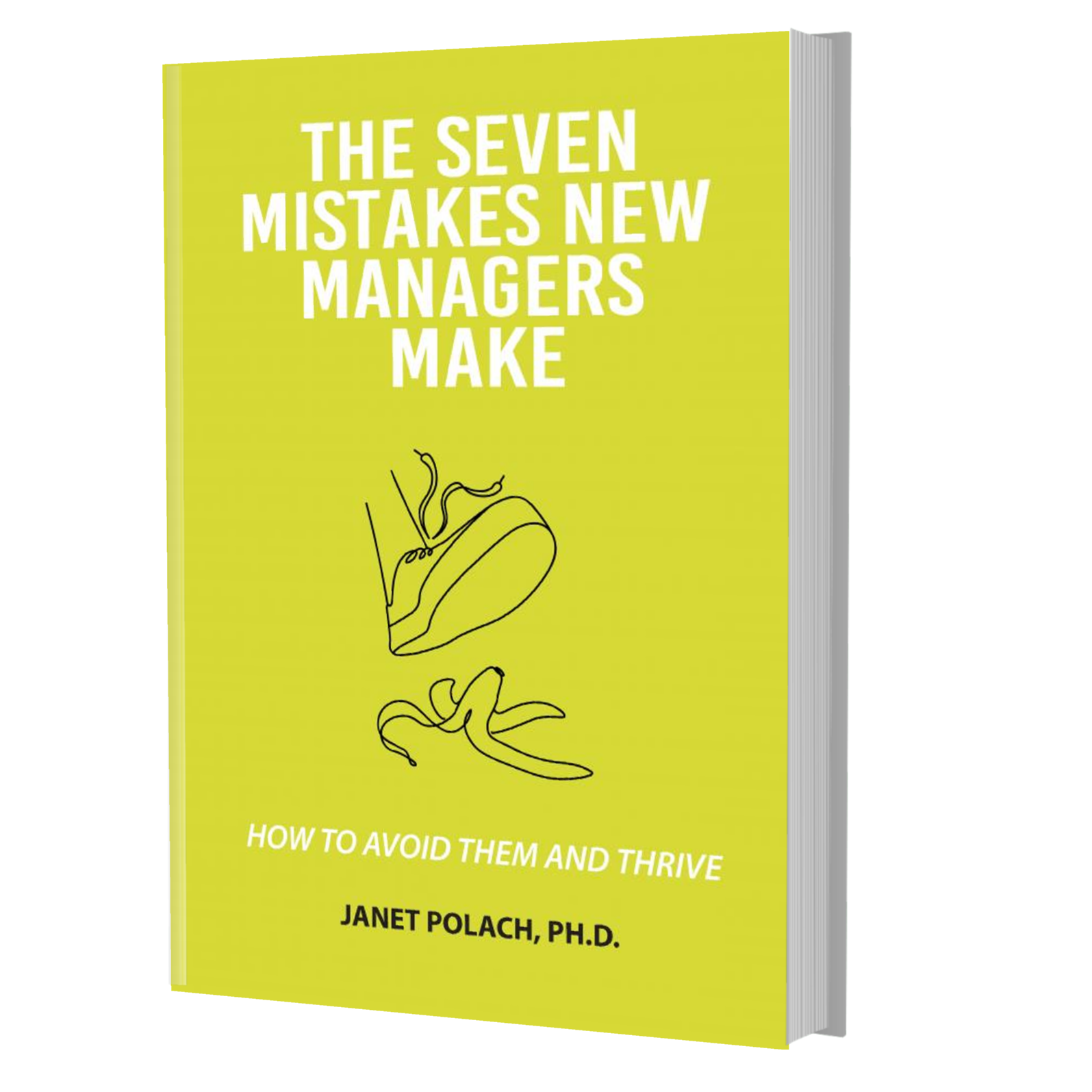 Whether you are a manager of many, or a team leader of a few, being a leader requires letting go of the day-to-day work tasks you did so well as an individual contributor and, instead, encouraging production and success through others. New managers are usually promoted because they were outstanding individual contributors: they spoke up in staff meetings, shared good ideas, and executed on time and within scope. Yet, these characteristics are not necessarily the same ones that will make you successful as a frontline manager.

Janet Polach, Ph.D., is a global coach and leadership development professional.  She has coached leaders around the world, including China, South Korea, Singapore, Puerto Rico, Switzerland, Ireland, the Netherlands, and the U.S. She believes all leaders can be great if they invest the time and energy into gathering feedback on themselves and focusing on their develop-ment. Janet’s foundation for leadership started in the United States Marine Corps, where she achieved the rank of Lieutenant Colonel before retiring from the Marine Corps Reserves. She possesses deep academic knowledge in adult learning, leadership development, and coaching. Janet holds her Ph.D. in organizational leadership and development from the University of Minnesota.  She can be reached at www.inthelead.co