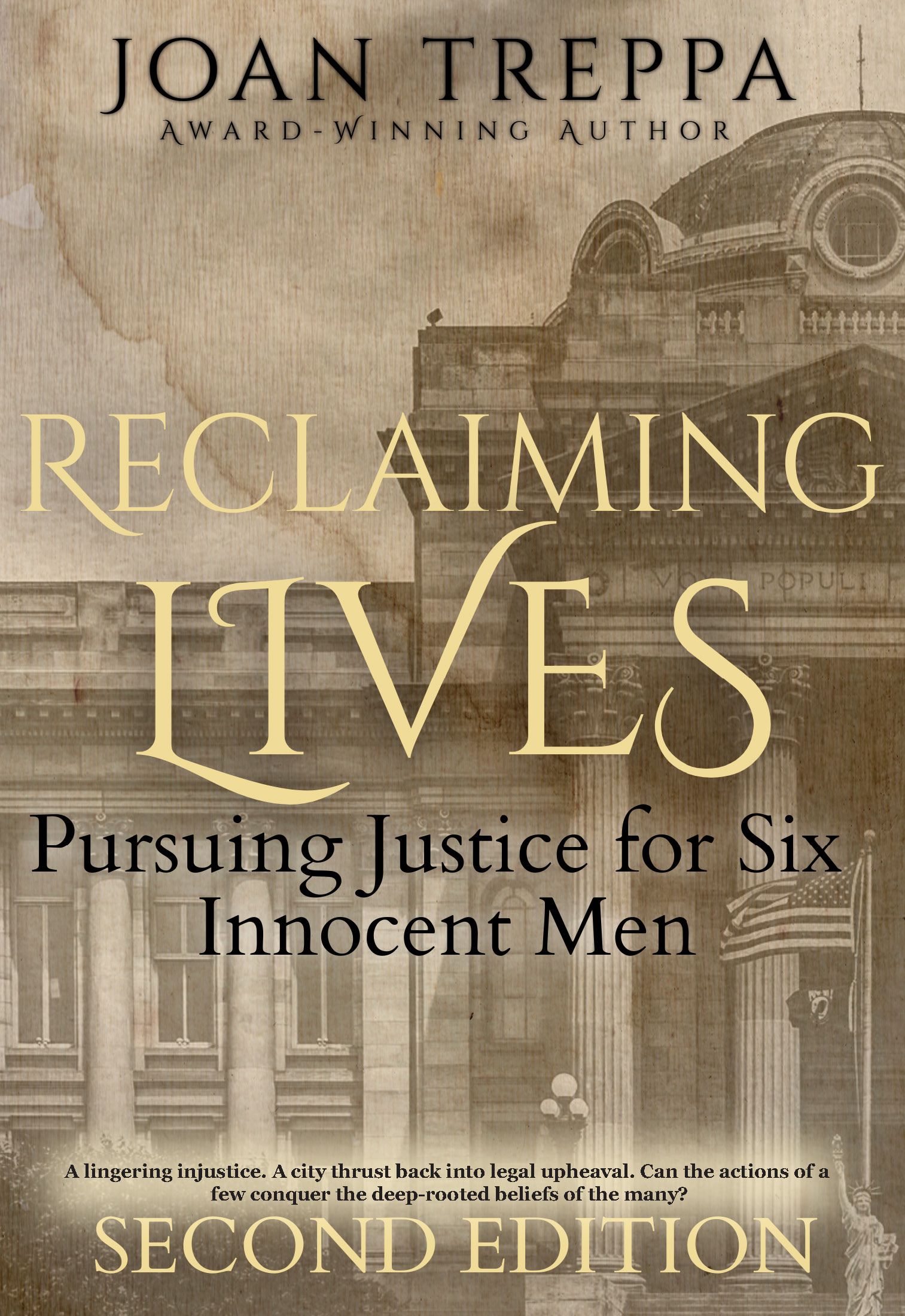 The 1992 death of mill worker, Tom Monfils, and the resulting trial of six men accused of his murder shocked a community. In 2009, Joan read a factual book about the case which sent her on a mission to seek justice for these men. Realizing a deep emotional connection to them, she ignites the interest of a retired crime scene expert/private investigator who initiates a reinvestigation.

Reclaiming Lives provides an uncomplicated examination of our nation’s criminal justice system. Its overall message validates truths in the face of adversity, delivers hope where there was none, and demonstrates the capacity to overcome insurmountable obstacles. As of April 30, 2021, the National Registry of Exonerations reports that some 2,776 actually innocent, but wrongly convicted, individuals in the U.S. have been exonerated since 1989. As “Reclaiming Lives” painfully reveals, however, this number represents only a fraction of the total number of actually innocent people who have been wrongly convicted since 1989, but not yet exonerated. Joan Treppa’s dedicated, years-long effort to obtain justice for the “Monfils Six” defendants is testament to the inherent difficulty in overturning wrongful convictions, even when the evidence of actual innocence compellingly refutes the prosecution’s case.

“Reclaiming Lives” teaches the reader why it is not only critical to prevent wrongly convictions from occurring in the first instance, but also why the criminal justice system must be far more willing than it has often been to correct these injustices after they are shown to have occurred. – Steve Kaplan, former post-conviction counsel for Keith Kutska.